Attila Farkas, master of Hungarian pastry, influential soccer coach and possessor of seemingly unlimited gusto, died Aug. 31 after a long illness. He was 83. His family held a private ceremony on Tuesday at St. Colman Catholic church in Cleveland. An informal public memorial service is planned for 5 p.m. Saturday, Sept. 22, at the Ohio City bakery that still bears his name.

A native of Budapest, Hungary, Farkas leaves behind his wife, Ilona, daughter Katherine Berente Laraway of Cleveland, son Nicholas Berente of South Bend, Ind., their spouses and five grandchildren. To that last group he was chauffeur, Hungarian language teacher and sports coach.

Within a day of announcing his passing, the bakery’s Facebook page received more than 100 expressions of condolence 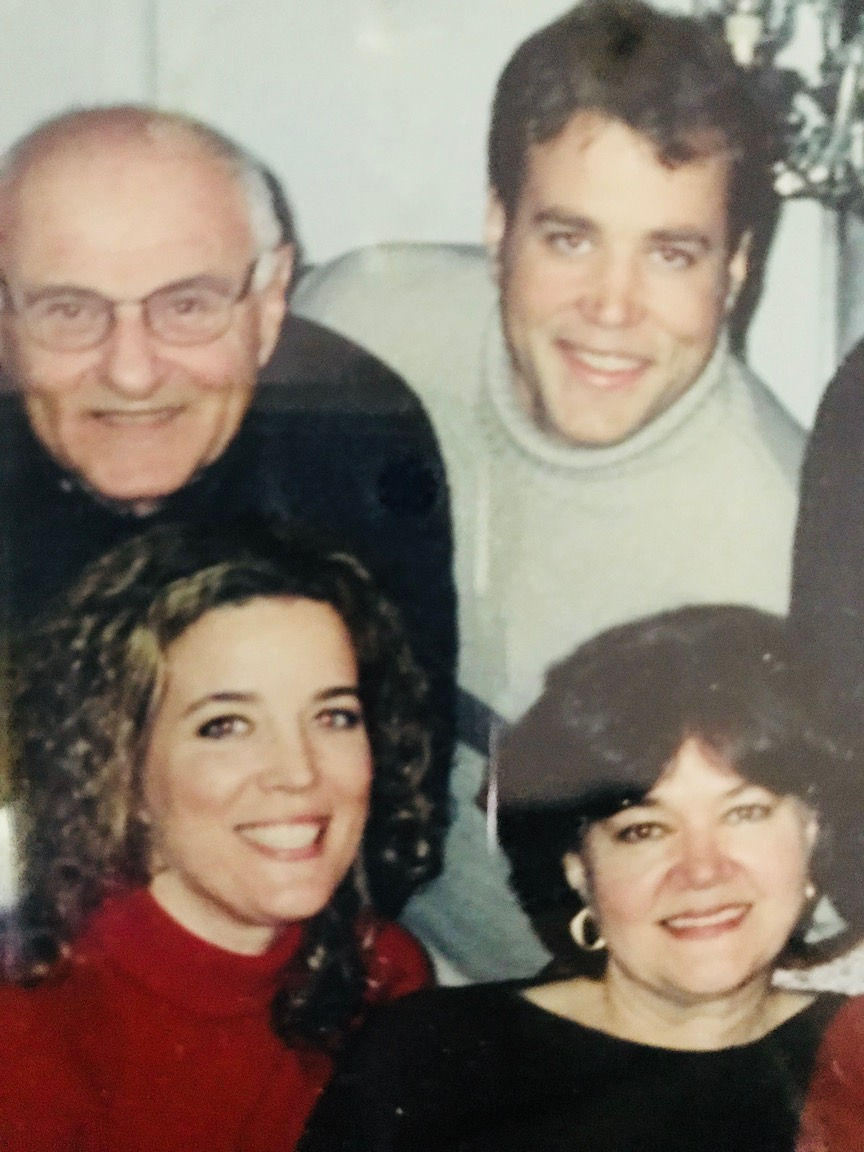 Attila in 2001 with son Nicholas, daughter Katherine and wife Ilona. Believing he was denied admission to college by the Communist government in Hungary, he encouraged his children to get their degrees. (Photo courtesy Ilona Farkas)

“I remember going to his shop around the corner when I was a girl with my parents,” wrote Marge Williams. “We all spoke in Hungarian. He was so nice and charismatic. Lovely man. If I tell Mom, she will cry.”
Said fan April Baer: “One of the happiest times of my life was living a few blocks away from Farkas and dropping in on Saturday mornings for nut rolls, walnut squares, pork crackling biscuits, and, oh, dear God, those Napoleons [layered custard and whipped cream puff pastry squares].
“To have fed so many people, and warming us all with his conversation, Attila, a glass of Tokay [Hungarian wine] in your honor this weekend. You gave us so much.” 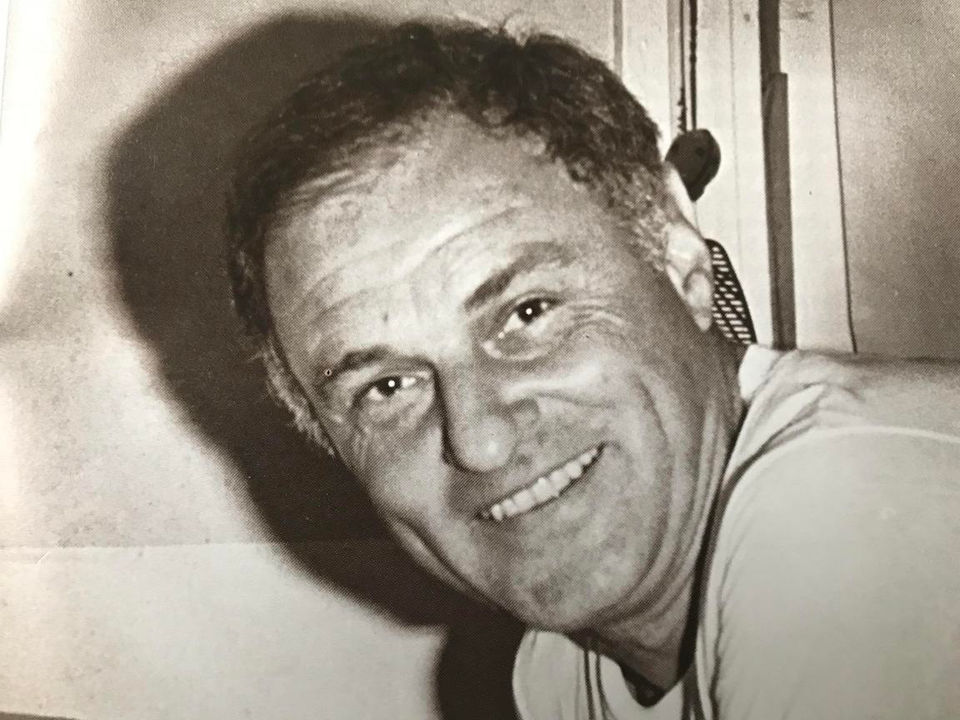 Farkas, around 1981. He sailed with a club out of Cleveland, despite his lack of experience. “But who wouldn’t want Atti on their crew,” said family friend George Muhoray. (Photo by John Szilagyi from “To Market, To Market” by Joanne Lewis, permission courtesy Steve Szylagyi.)

Mike Harrison, who currently runs Farkas Pastry Shop at 2700 Lorain Ave., a short walk from West Side Market, said he sought a blessing from Farkas before taking over his shop several years ago. He got more than that.

“He became something of a father figure for me, besides teaching me all his recipes. He agreed to come in and work Tuesdays and Saturdays. Then it was just Saturdays, which became the highlight of my week.

“So many people loved him,” Harrison added. “Old ladies would come in with hearts in their eyes. Attila could be abrasive, but he just melted into a sweetheart when a customer was there. He was so much larger than life . . . He made people feel good about themselves. What more can you say about a person 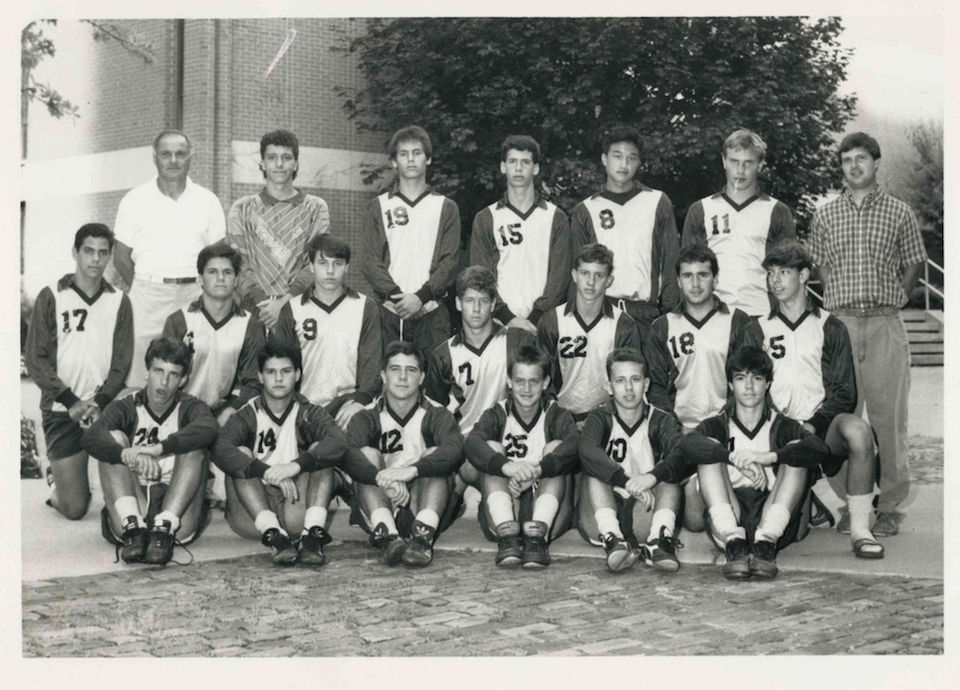 “He had his big stainless steel table in front of window when the shop was on West 28th Street,” he said. “It looked onto the [St. Ignatius] soccer field. One day he just showed up at practice, and then he kept coming. Dr. Greg Knittel [the head soccer coach] never told him to stop coming, so it was a little more like a metamorphosis into the job.” Sometimes, Farkas, a former club soccer player, would coach in his baker’s apron. School staff and players gathered regularly at his shop to eat and talk.

“Find any Ignatius soccer player from the 1980s, and you’ll get a big smile on face if you mention Attila Farkas,” added Muhoray. “He was tough, funny, smart, had wit, and the Hungarian accent made it all that much better. He wasn’t our parent, our teacher. He could give it to you straight.

“He made you want to work really hard.” 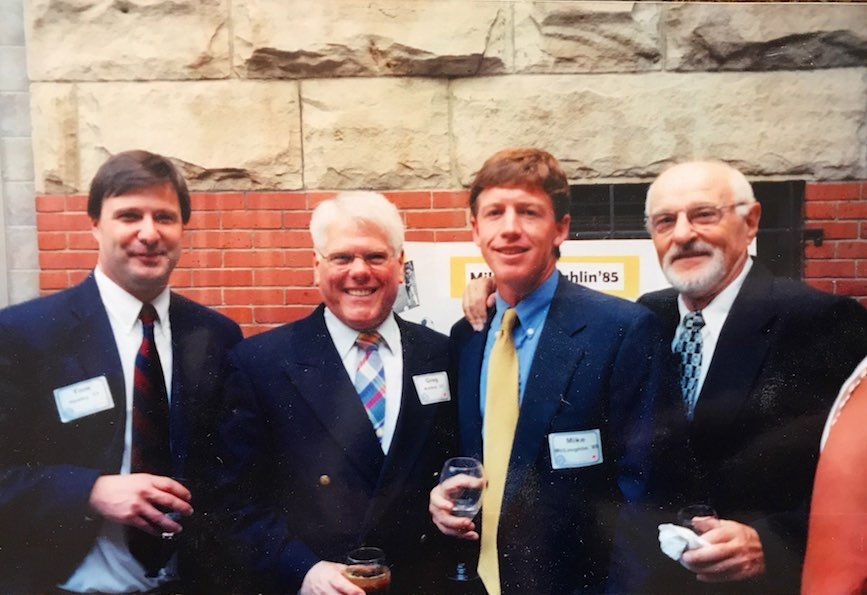 “Attila had a fiery passion in the way he approached everything,” said Mike McLaughlin, a Farkas team member and now head soccer coach at the school. “He would say things like, ‘Are you gonna be a ballerina or a boxer?’ He preferred you were boxer.

“Right now, our soccer program is one of the top in the country, and he really laid the foundation for what we’re doing today.” 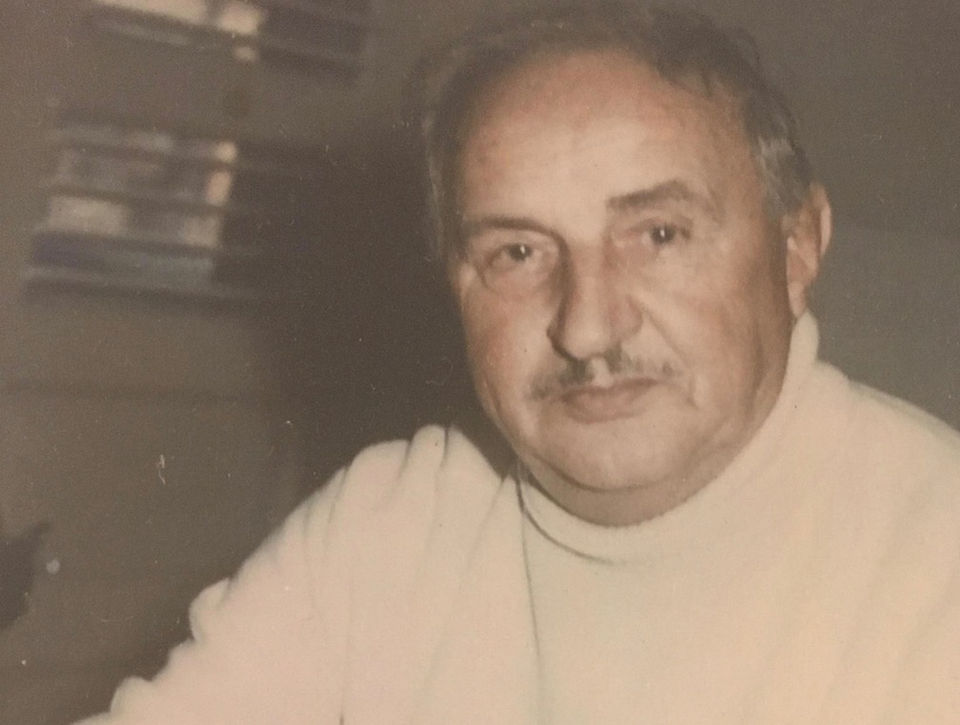 Farkas was the son of Sandor Farkas, a Budapest baker who ran a 15-member staff at his own pastry café. When Russia’s Communist government appropriated the shop, father and son immigrated to the United States. Their first American store, in Maryland, tried to mimic American pastries, and failed. They moved to Cleveland to be part of the city’s bustling Hungarian refugee population. Many fled their home country after the failed anti-Communism revolution in 1956. Sandor took a job with Kaase Bakery. But when his wife, Klara, arrived in town she pointed husband and son toward their own business.

“Word spread quickly,” Farkas wrote in Joanne Lewis’ 1981 book on the West Side Market, “To Market, To Market.” “Hungarians love good food and when our pastries first came out, I mean, it went like wildfire and it just burned on and on.”

People know, he added, “the difference between vegetable oil and sweet butter.” 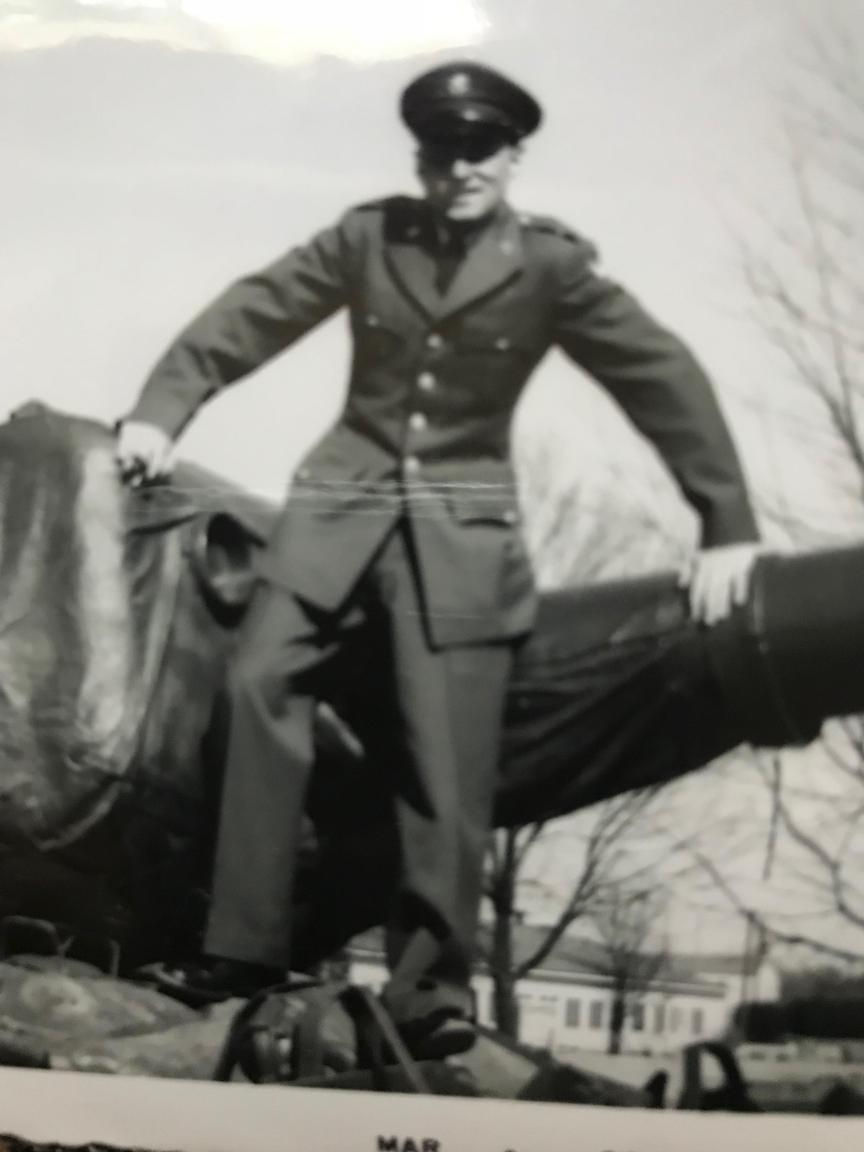 Farkas served in the U.S. Army between the Korean and Vietnamese wars. (Photo courtesy Ilona Farkas)

Ilona, Attila’s wife, lost her first husband soon after she had two children, Nicholas and Katherine. She later dated the bachelor Farkas.  Nicholas remembers thinking he talked Farkas into marrying his mother.

“I remember going to a restroom with him one day when I was about 7,” he said. “I told him, ‘Hey, if you want be my dad, all you have to do is marry my mom, you know?’ And he started laughing. Next thing you know, they’re married.

“He was a wonderful father to us,” Nicholas said.

“I just remember way he always talked in superlatives,” he added. “Everything was ‘the best’ or ‘the worst.’ I was always the strongest and my sister was the most beautiful. There was never a middle of the road. It was fun, part of his charm.”

Nicholas remembered that his father read the entire dictionary to sharpen his English. 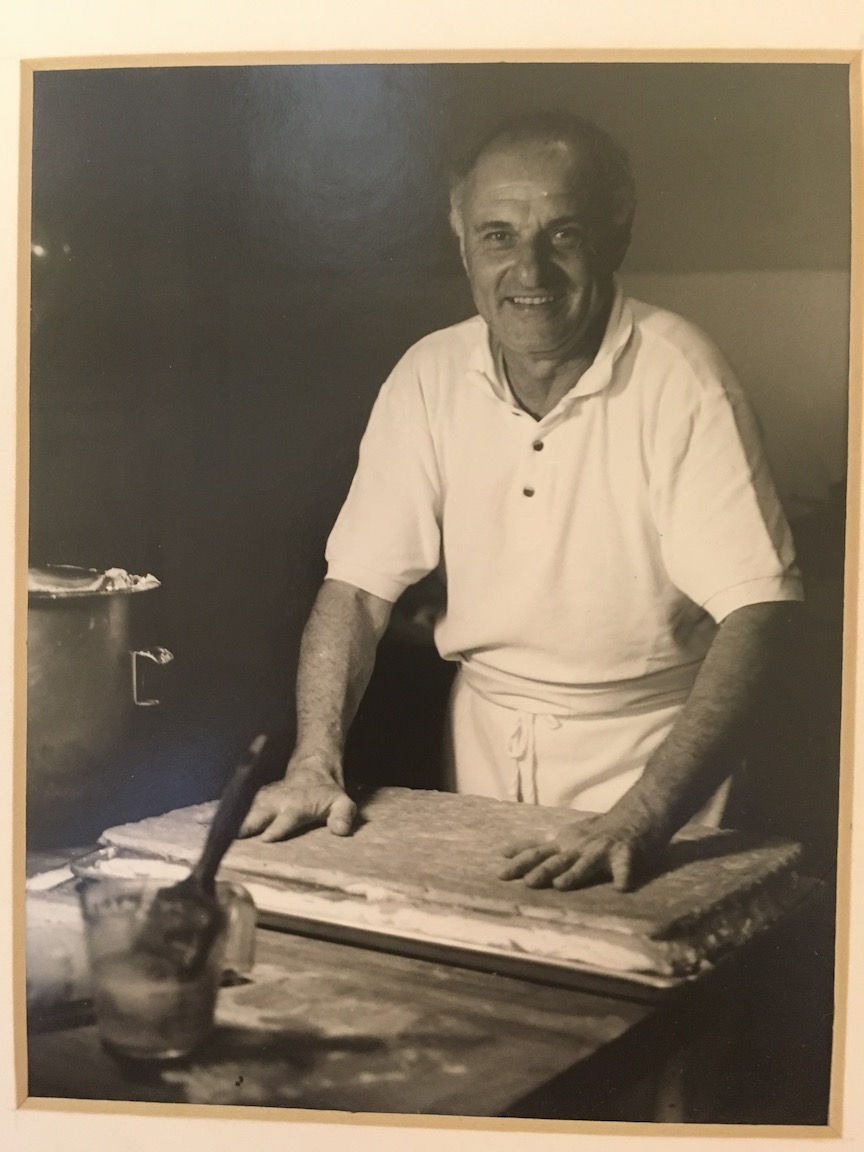 Farkas worked on pastries most of the week, then sold at the shop on Fridays and Saturdays. (Photo courtesy Mike Harrison)

“He was such an avid sportsman,” she said. “You could find him lying in bed, watching a game on television, wearing headphones to listen to sportscasts on radio and reading the sport pages, all at the same time. That’s not an exaggeration.” 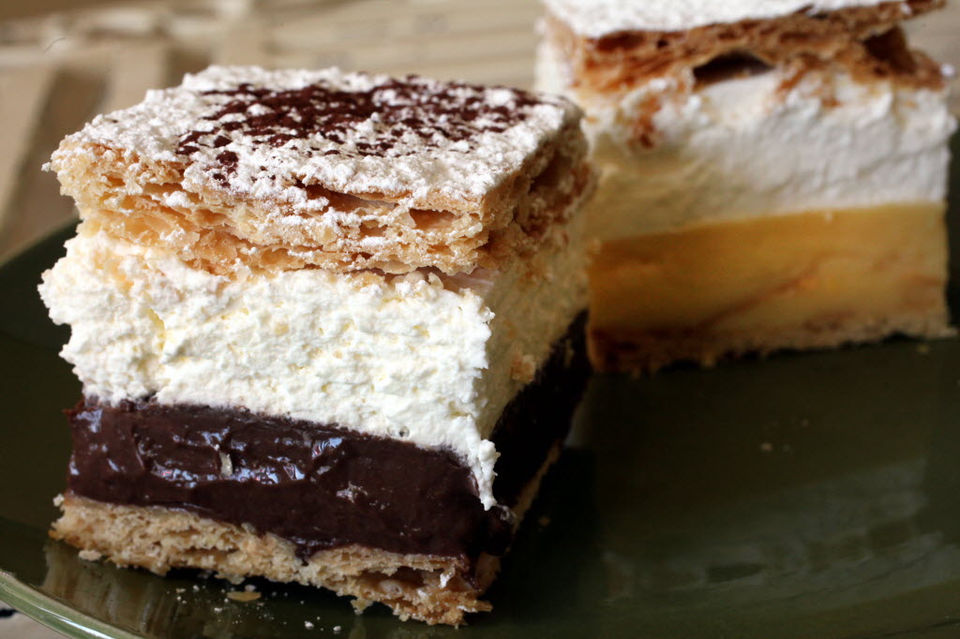 When the family held its memorial, they celebrated in style.

“We had kremes [KREM-ess],” Kathy said of the Hungarian name for the Napoleons. “I don’t remember the last time I ate a whole one. They were just always around. We took them for granted. 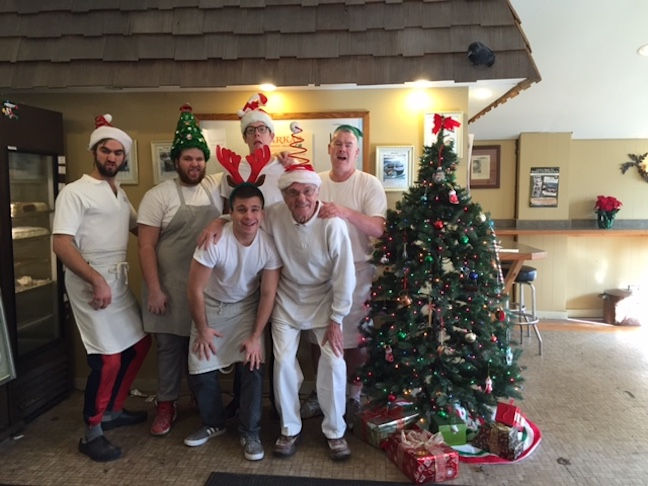 “It’s so neat that they’re still making them in his name,” she said. “It speaks to a longstanding tradition in Cleveland. We want it to continue.” 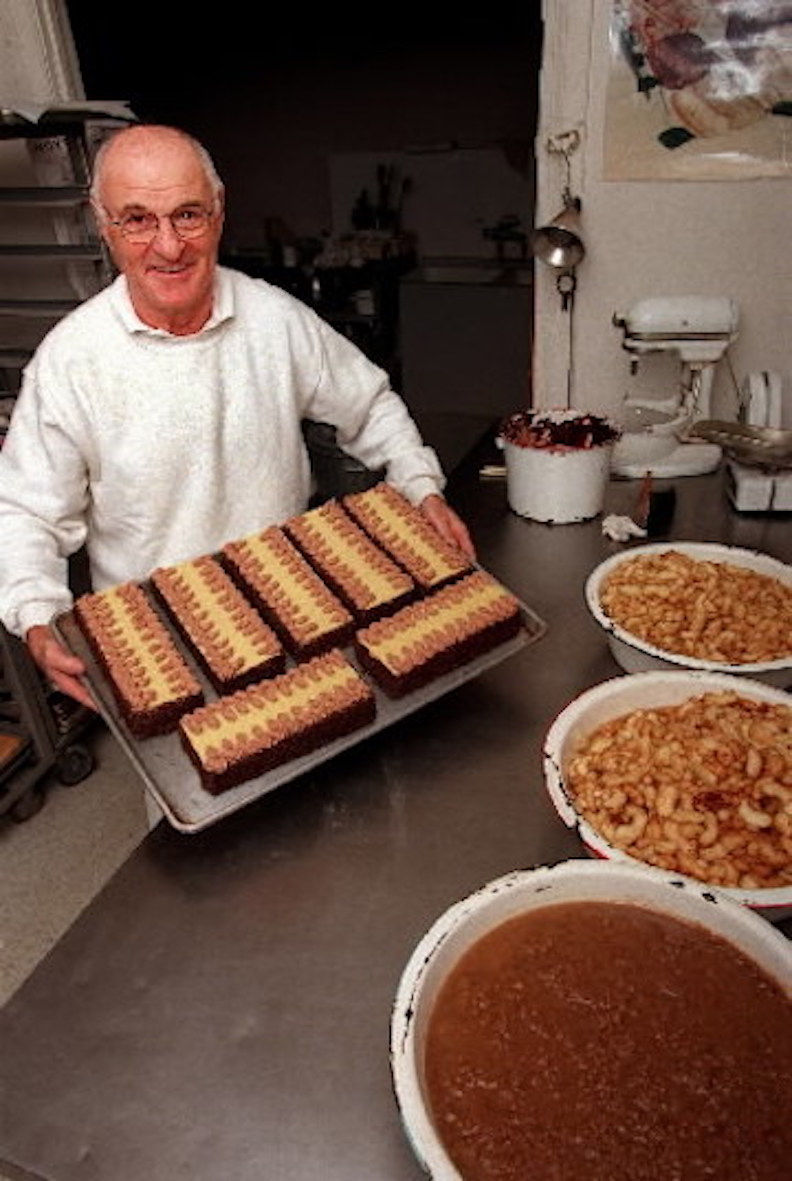 Farkas and his kremes, before slicing. (Photo by Lynn Ischay/The Plain Dealer)

Muhoray said a friend of his has a standing joke about Farkas and his gift for conversation.

“He’d say, ‘I was in Attila’s shop the other day and I said that magic word that got him going.’ ‘Oh, yeah,’ someone would reply. ‘What was the word?’ 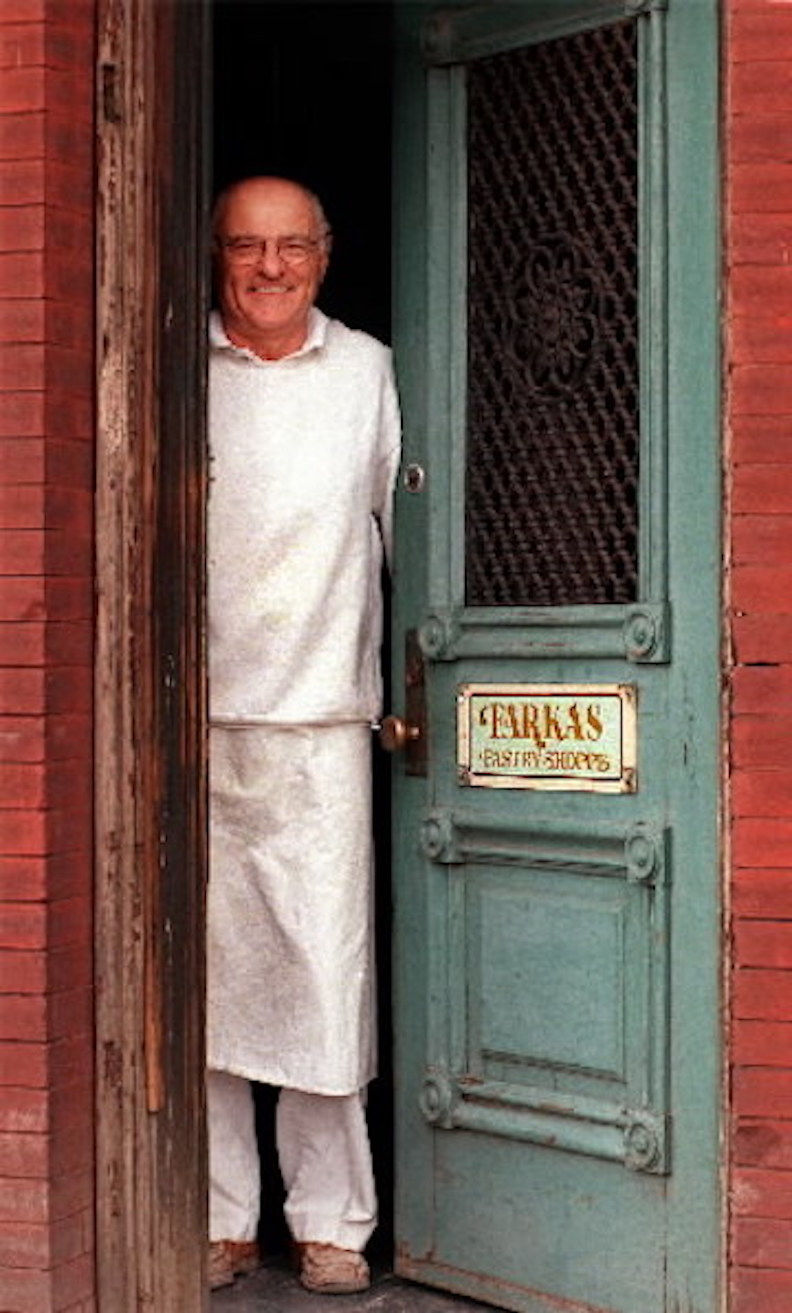