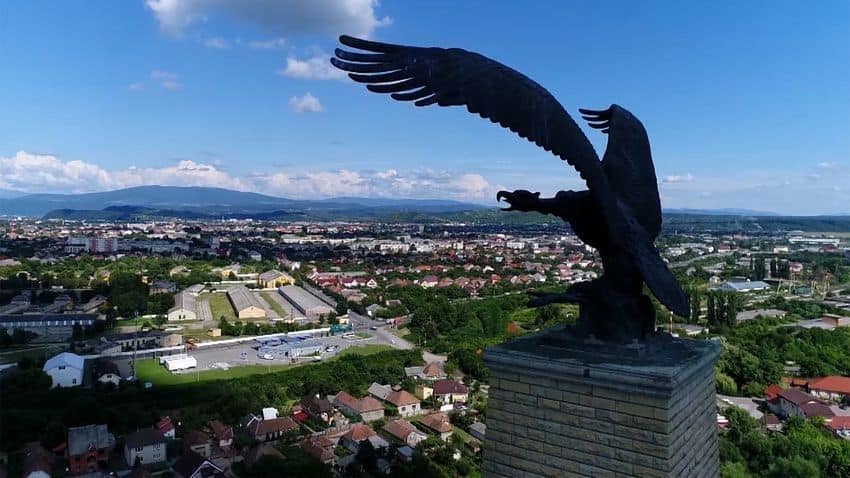 “Today’s decision of the Munkachevo (Munkács) City Council committee to remove the city’s iconic Turul statue on the Munkács castle which was restored to its original form in 2008 is deeply shocking and outrageous,” said Árpád János Potápi, state secretary in charge of policies for Hungarian communities abroad, in a statement to Magyar Nemzet. He added that,

“It is even more shocking that the statue was removed in record-time, by that very afternoon.”

It is unfortunate, that in the middle of a war, the most important thing for the leadership of the city of Munkács is to demolish a monument that is both a symbol for the local and Transcarpathian Hungarians – meanwhile, Hungary’s largest ever humanitarian aid operation is ongoing to support the Ukrainian refugees.

Árpád János Potápi continued in his statement, “In a country that professes European values, mutual respect and preservation of historical monuments and memorial sites is of utmost importance; this is one of the important measures of a country’s minority policies.”

He went on to say:

This move is extremely untimely and not thought-out during the ongoing armed aggression raging in Ukraine and goes against the stability of the multi-ethnic Transcarpathia.

“Since the outbreak of the Russian-Ukrainian war, Hungary has been a good neighbor and helped Ukraine, accepting nearly one million Ukrainian refugees,” wrote the state secretary in charge of policies for Hungarian communities abroad, closing his statement.

The Munkács castle’s Turul statue was erected in 1896 as one of the seven millennium monuments celebrating Hungary. The Czechoslovak authorities took it down in 1924, followed by the Red Army melting the nearly one-ton bronze statue down after entering in 1945. Mihály Belény created a replica of the statue destroyed in 1945; the resurrection of this statue was entirely financed by Imre Pákh, American-Hungarian businessman.