I arrived in the United States in January of 1957, after the suppression of the 1956 Hungarian revolution when I was 12 years old. Having settled in Cleveland with my parents, I continued my school years here all the way through my graduation at Cleveland State University where, I earned a Bachelor of Arts degree.

I also continued my education in Hungarian subjects such as history and literature in a school ran by Mr. and Mrs. Szabadkai .  Also in 1957, I enrolled in the Hungarian Scouts which was an official member of the Boy Scouts of America.  Later, during my high school years I became active in the work of the Hungarian Liberation Committee’s Youth Faction, which produced  several plays by well-known playwrights  for the entertainment of the Cleveland Hungarian community. I have also performed at other Hungarian events in those years, mostly reciting poems or acting as master of ceremonies.

After graduating from CSU, I soon got married and later, when our two sons reached the proper age, we enrolled them in the Hungarian School and the Scouts.  My wife and I took an active role in those organizations ourselves.  Monika taught at the Hungarian School, while I became an active supporter of the scouting program by serving as chairman of the support organization for the troop.

I also served as treasurer of the American Hungarian Communion of Friends for many years and was actively involved in organizing its annual Lake Hope Conference.  Simultaneously, I also served on the Cleveland Hungarian Development Panel, first as a trustee and then as its presidents for a number of years. It is only recently that I resigned from the Panel, just prior to going on vacation in May of 2013.

It has been two years into my retirement to the date, when I was presented with the opportunity to get on board at Bocskai Radio, since the previous editors have moved to Hungary. I perceived this as a great opportunity realizing the huge potential of this medium, and the wonderful role it could play in bringing the Cleveland Hungarians together through the air waves  as well as via the Internet to foster Hungarian identity and values as well as cultivate our culture ​​and ethnic traditions. 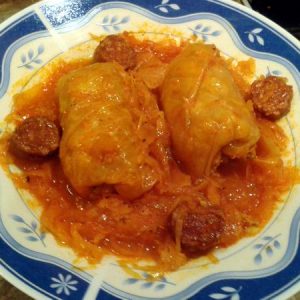