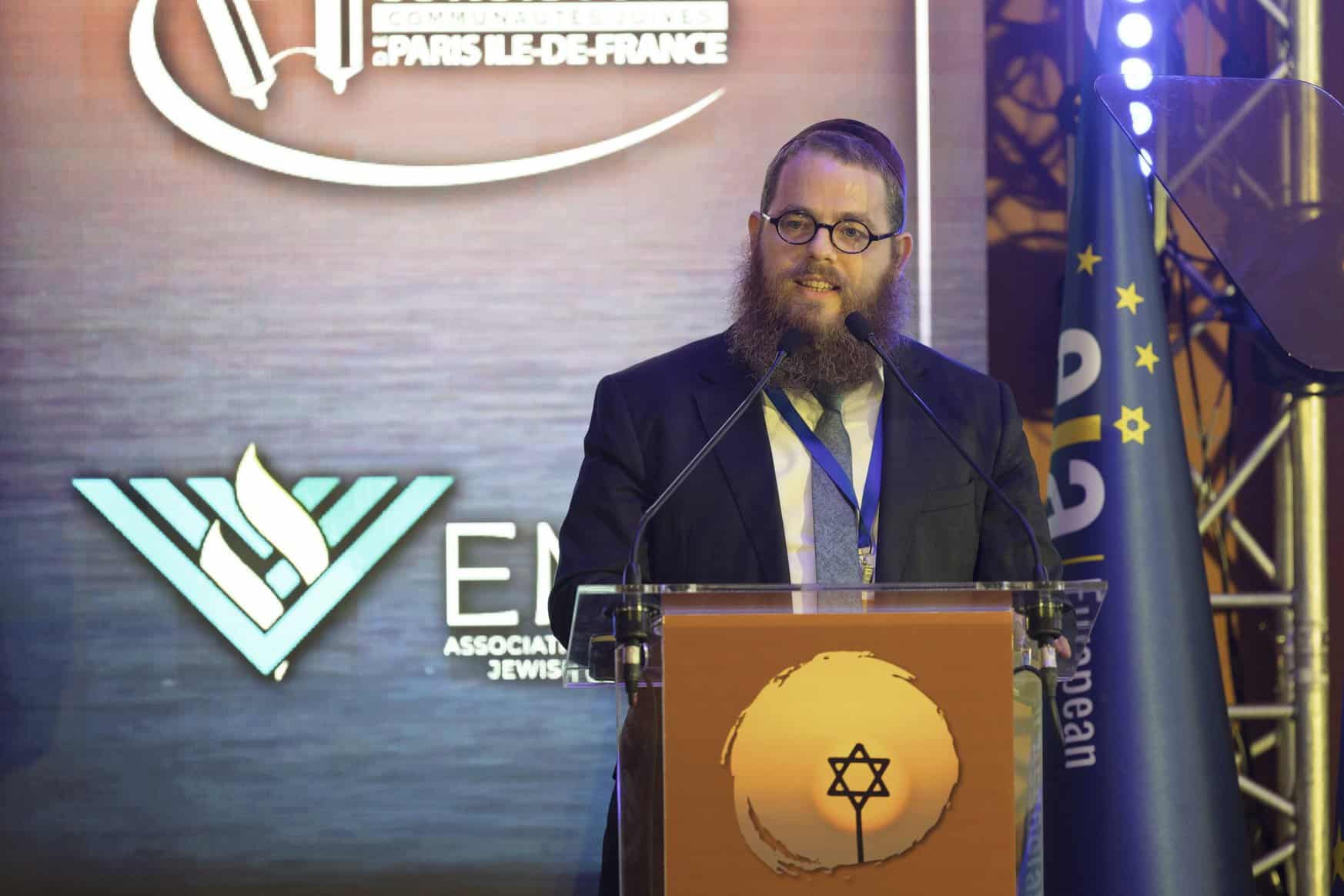 The European Jewish Association held its annual conference in Budapest. On the first day of the event, the results of a two-year study analyzing the security of Jewish communities throughout Europe were presented – and Hungary proved to be one of the safest places. Slomó Köves, Chief Rabbi of the Unified Hungarian Jewish Congregation (EMIH) – Federation of Hungarian Jewish Communities (MAZSIHISZ), said at the conference that he is pleased the study confirms the experiences of Hungarian Jewry.

“In recent years we have seen several important studies utilizing various methodologies on the life of Jewish communities. It was difficult to fit these results into a scientific, comparative database, and it was even more challenging to establish uniform, objective measures from these studies in order to be able to truly improve Jewish lives and communities in their respective countries,” said Rabbi Menachem Margolin, Chairman and the founder of European Jewish Association which, along with the Unified Hungarian Jewish Congregation (EMIH) – Federation of Hungarian Jewish Communities (MAZSIHISZ), organized the annual conference. The Rabbi pointed out that one of the biggest challenges facing European Jews is the restriction of religious freedom. The aim of the conference was to allow local Jewish leaders to share and discuss their challenges and to establish a common action plan with all participants to protect Jewish communities.

“Throughout the past few years, Hungarian Jews have felt that public safety has improved and we are pleased to see that the presence of the European Jewish Association confirms this,”

– stated Slomó Köves, Chief Rabbi of the Unified Hungarian Jewish Congregation (EMIH) – Federation of Hungarian Jewish Communities (MAZSIHISZ). He expressed that the close cooperation between the Hungarian government and the local Jewish communities brought immediate improved results regarding their safety – including, among other things, constitutional and legal amendments as well as police handling of antisemitic cases. “The joint work of the Jewish community and the government is the key to reducing negative emotions and opinions towards Jews in Hungarian society,” said Slomó Köves.

The study evaluated surveys from the past few years and ranked European countries where Jewish communities feel safest, factoring in government efforts, size of the Jewish population, and their living standards. Among these, Hungary came in second to Italy.

“Hungary is one of the safest countries in Europe — possibly even the safest — for Jews,” said Zsolt Semjèn in his speech at the conference. The Deputy Prime Minister stated that “Hungary maintains zero-tolerance against anti-Semitism, regardless of whether they are connected to the extreme right, extreme left, Jihadists or anti-Israeli sentiments… Relations between Jewish organizations and the Hungarian government are in perfect order: the state financially supports all Jewish institutions, preschools, schools, hospitals, and social institutions just as it would public ones.”

“Hungary maintains zero-tolerance against antisemitism; the Holocaust is taught in schools and of course it has a memorial day; the law against hate speech guarantees that the Holocaust cannot be denied or relativized,”

– said Zsolt Semjén. He added that “anti-Israeli sentiments are viewed as a form of anti-Semitism,” and that “our government represents this position both in Hungary and in European Union forums, where Israel can count on Hungary.” He confirmed that “Hungary vetoes any measures that unfairly attack Israel.”