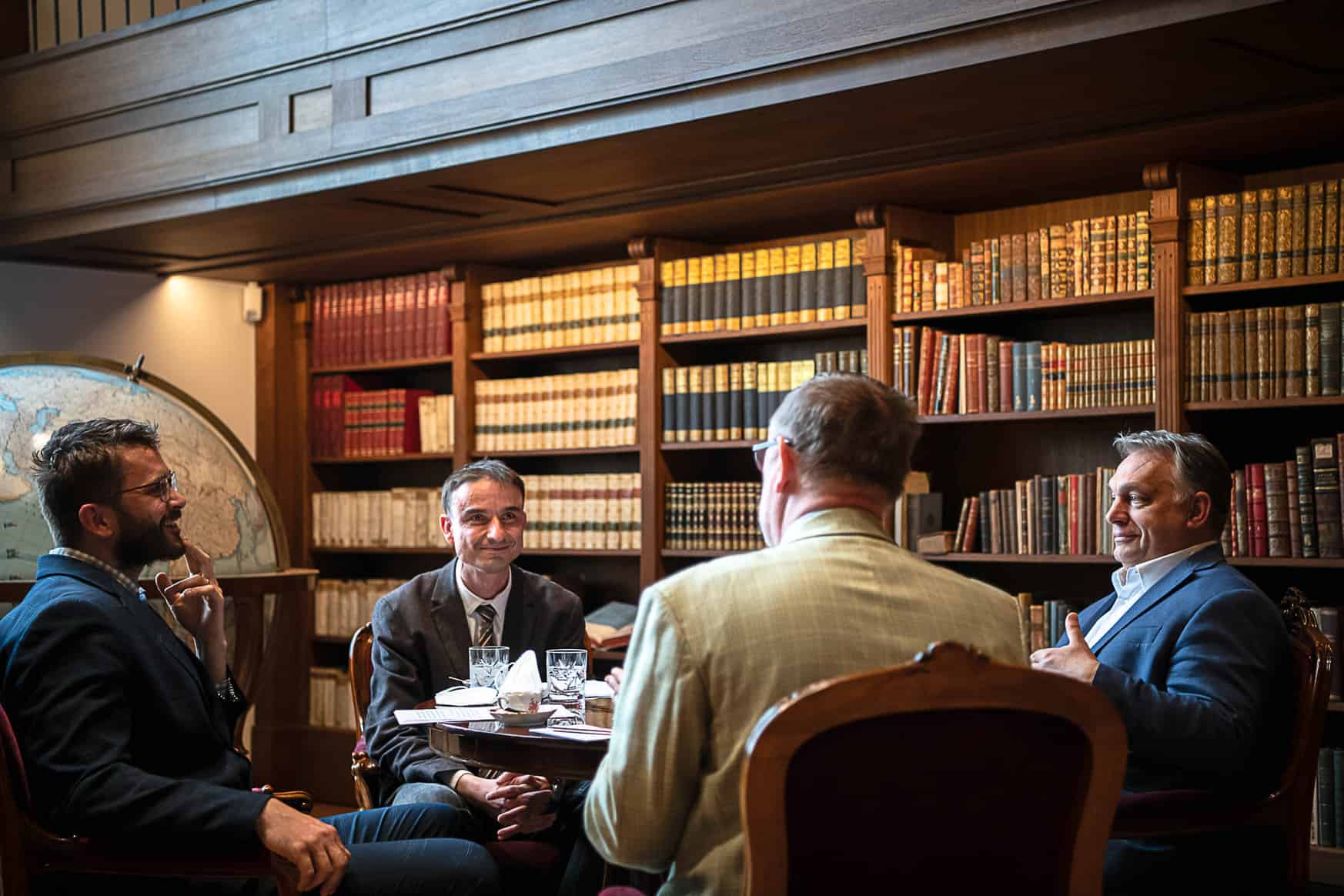 The concept of liberal democracy has ceased to exist and has become “liberal non-democracy”, Prime Minister Viktor Orbán said in an interview to Slovak news portal postoj.sk late on Wednesday.

In the interview, the prime minister discussed issues such as the future of the European Union and central Europe, migration and Covid-19 vaccines.

Asked about the “building of an illiberal country”, Orbán said that the concept of liberal democracy had ceased to exist and had been replaced by “liberal non-democracy”. This form of governance, he said, “includes liberalism, but doesn’t include democracy”. Liberals, he said, strived for a hegemony of opinion, which they aimed to achieve through the use of political correctness by “stigmatising conservatives and Christian Democrats and sidelining them”.

Concerning his ruling Fidesz party’s recent departure from the European People’s Party (EPP) and their future goals in European politics, Orbán said Fidesz wanted to “change Brussels”. In its current form, Brussels is not capable of addressing people’s problems, he said. Orbán said this had been proven by both the migration crisis and the 2008 financial crisis.

“We wanted to change Brussels together with the EPP, but they weren’t prepared to do it,”

“Now we have to establish a new political community that can influence Brussels.”

As regards the differences between Hungary and Germany’s positions on migration, the prime minister said Germany believed that when native Germans who “are beginning to leave Christian values behind” begin “mixing with … Muslim migrants”, they would create a new society. He said he disagreed with this view, arguing that migration would lead to the emergence of parallel societies and the problems that came with it. “I don’t wish this on my own country,” he said.

Responding to a question in connection with EU institutions, Orbán said “there are components in the European Union that would need to be strengthened”, adding that the opposite was true as regards the European Parliament. The EP, he said, “is playing a particularly harmful role to the extent that it uses parties as the basis of European politics”, and, Orbán added, the European left “is using it [the EP] to attack the sovereignty of nation states”.

The question is not whether to say ‘yes’ or ‘no’ to the EU, but rather what kind of EU it is we want”

Asked about the EU’s future, Orbán said it was certain that no unified European people would be formed on the continent by 2030. “There will still be Hungarians, Slovaks, Germans and French living here, as there will also be nations and states that will be cooperating, the form of which they will certainly figure out,” he said. “But it is, however, a question whether the post-Christian and post-national societies will be able to build a stable western Europe.” On this note, the prime minister said he was “more firmly convinced about the future of central Europe”.

“I strongly believe that our children will live much better than us,”

“And we are going to live a great central European renaissance in terms of the economy, demography, security policy and culture.”

In the interview Orbán also discussed the EU’s policy towards Russia, calling it simple to the effect that it is defined around “saying ‘yes’ or ‘no’”. “But we in this regard need to pursue a policy that is more subtle; one that understands that Russia is a very powerful state, a state that also respects power,” Orbán said.

Asked about Hungary’s policy on Covid-19 vaccines, Orbán said it had been clear as early as last spring that demand for the jabs would exceed supply. Since Hungary has good relations with both Russia and China, the government had enquired ahead of time as to whether they would be able to supply vaccines to Hungary. The Russian and Chinese vaccines in use in Hungary today had to be approved by the Hungarian authorities, he noted. Orbán added that Hungary is helping Slovakia with the assessment of the Russian Sputnik V vaccine.