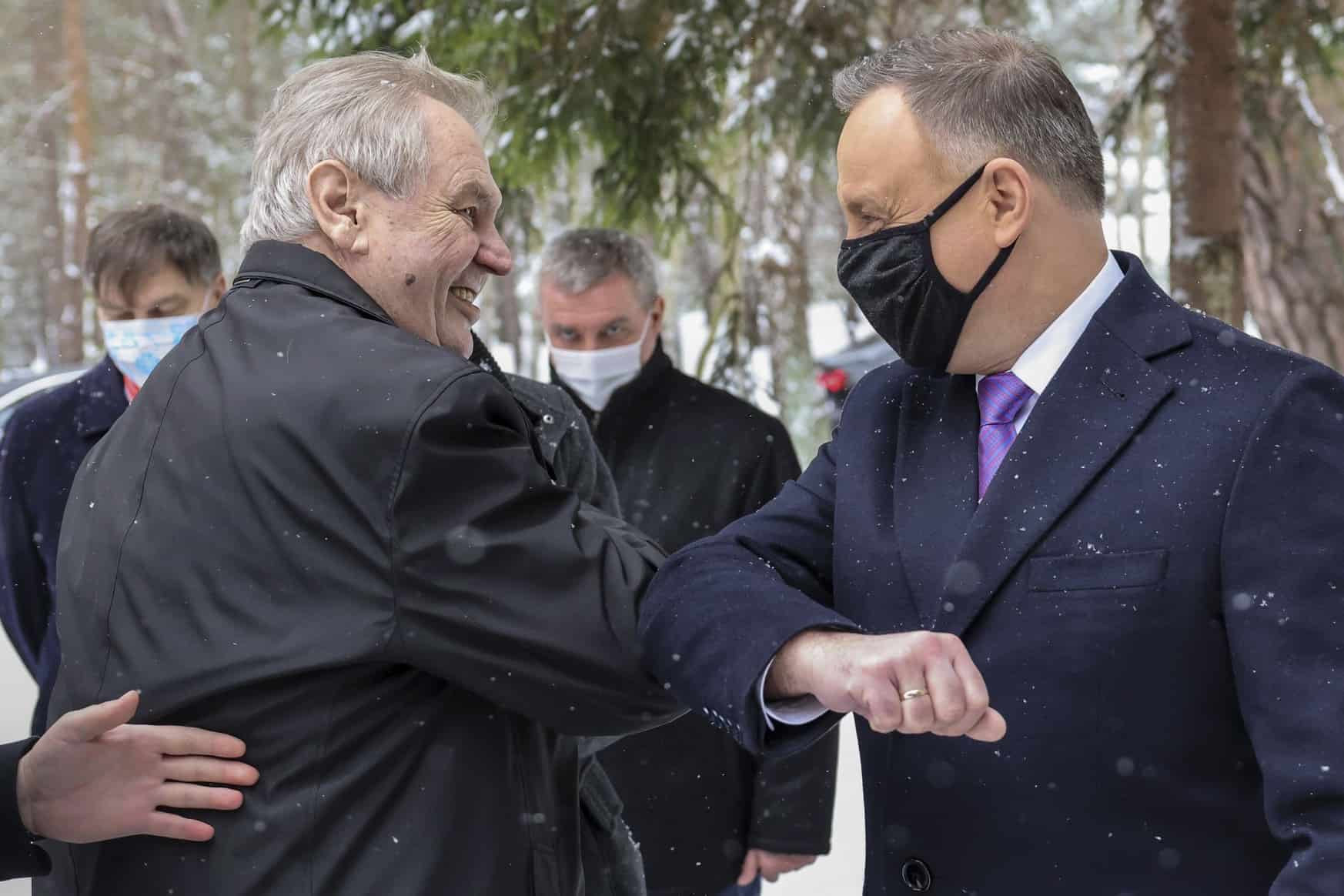 The presidents of Poland, Hungary, the Czech Republic and Slovakia have gathered in northern Poland for two days of debates to mark the 30 anniversary of the Visegrad Group

WARSAW, Poland (AP) — The presidents of Poland, Hungary, the Czech Republic and Slovakia gathered in northern Poland on Tuesday for two days of debates to mark the 30th anniversary of the Visegrad Group, an informal body of political and economic cooperation in the region.

Their talks will include the fight against the coronavirus pandemic, building energy security, protecting the climate, and international and trans-Atlantic relations. The group, also known as V4, often works out joint positions in international ties, especially within the European Union.

Polish President Andrzej Duda welcomed counterparts, Zuzana Caputova of Slovakia, Janos Ader of Hungary and Milos Zeman of the Czech Republic, at a residence on the Baltic Sea coast, on the Hel Peninsula.

Opening the ceremonial meeting, Duda said the V4 group has had a positive role in European and trans-Atlantic ties.

“The group is an important, if not the key catalyst of the regional cooperation in all of Central Europe and contributes significantly to the cooperation and political processes regarding the EU and NATO,” Duda said.

“If we look at the three decades that passed since the end of communism (…) we an see that they were marked not only by a great economic and political success, but also by rapid social and civilizational development,” Duda said.

He expressed satisfaction at seeing his guests “in good health in these difficult times” and said he hoped that the systems of national vaccinations will bring “relief to our nations and will help people return to normal life.”

The presidents will hold a remote news conference at the end of their meeting Wednesday.

The meeting is set to work out a declaration of future goals for the group and discuss issues related to the internet and online games, according to Deputy Foreign Minister Szymon Szynkowski vel Sek.

The V4 was founded in February 1991 from a declaration of cooperation that then-Presidents Lech Walesa of Poland, Vaclav Havel of then-Czechoslovakia and Jozsef Antall of Hungary signed in Visegrad, Hungary. Poland currently holds the group’s 12-month rotating presidency, which it will hand over to Hungary on July 1.